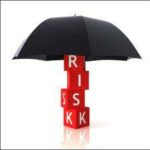 The Bermuda captive insurance market is reflecting the trend toward increased use of captives in the face of a hard commercial market, as well as greater consideration of captives as a vehicle for addressing difficult-to-insure exposures.

“Existing captives are either increasing their deductible limits or putting new lines of business through that they wouldn’t necessarily have done before because financially it wouldn’t have made sense, but with the hard market it does,” Oceana Yates, senior vice president—captives at Davies Captive Management, said recently during a 2022 Bermuda Captive Conference session titled “Emerging Uses of Captives in the Post-Pandemic Era.”

There also has been increased use of segregated cell structures, Ms. Yates said.

ABOUT THE BERMUDA CAPTIVE NETWORK

Representing all aspects and demographics of the Bermuda captive industry, the Network reflects the innovation, energy and collaborative approach of this growing market, continuing to promote Bermuda as a world-class domicile in the global risk market.